The Assassination of Jesse James by the Coward Robert Ford: A Novel (Paperback) 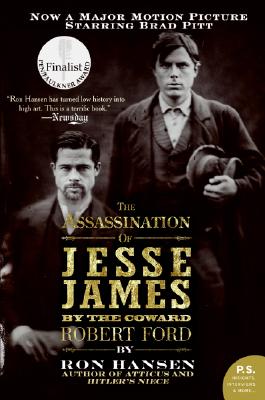 Jesse James was a fabled outlaw, a charismatic, spiritual, larger-than-life bad man whose bloody exploits captured the imagination and admiration of a nation hungry for antiheroes. Robert Ford was a young upstart torn between dedicated worship and murderous jealousy, the "dirty little coward" who coveted Jesse's legend. The powerful, strange, and unforgettable story of their interweaving paths—and twin destinies that would collide in a rain of blood and betrayal—is a story of America in all her rough, conflicted glory and the myths that made her.

Ron Hansen is the bestselling author of the novel Atticus (a finalist for the National Book Award), Hitler's Niece, Mariette in Ecstasy, Desperadoes, and Isn't It Romantic?, as well as a collection of short stories, a collection of essays, and a book for children. The Assassination of Jesse James by the Coward Robert Ford was a finalist for the PEN/Faulkner Award. Ron Hansen lives in northern California, where he teaches at Santa Clara University.

“Hansen has turned low history into high art. This is a terrific book.” — Newsday

“Here is THE James book . . . Put Hansen on your bedside table.” — Richmond News-Leader

“This book is a wonderful achievement.” — San Francisco Chronicle

“One of our finest stylists of American historical fiction.” — Christian Science Monitor