Love You Hate You Miss You (Paperback) 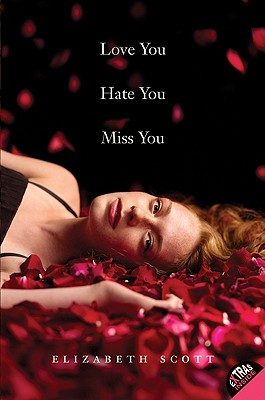 Love You Hate You Miss You (Paperback)

It's been seventy-five days, and Amy still doesn't know how she can possibly exist without her best friend, Julia—especially since it's her fault that Julia's dead. When her shrink tells her it would be a good idea to start a diary, Amy starts writing letters to Julia instead. But as she writes letter after letter, she begins to realize that the past wasn't as perfect as she thought it was—and the present deserves a chance, too.

Elizabeth Scott grew up in a town so small it didn't even have a post office, though it did boast an impressive cattle population. She's sold hardware and panty hose and had a memorable three-day stint in the dot-com industry, where she learned that she really didn't want a career burning CDs. She lives just outside Washington, DC, with her husband; firmly believes you can never own too many books; and would love it if you visited her website, www.elizabethwrites.com.

“Few other writers tell stories as heartbreaking, hilarious, complicated and true as Elizabeth Scott, and LOVE YOU HATE YOU MISS YOU is probably her very best yet.” — Claudia Gray, author of Evernight

“Reminiscent of John Green’s Looking for Alaska (2005)...a satisfying story of an engaging heroine successfully naming and confronting her demons.” — Booklist

“The plot is elegantly carried by [Amy’s] honest, clear expression of how she feels about what she is going through.” — School Library Journal

“Emotional, heartbreaking, and believable. Scott’s writing is clear and spare, almost poetic in the imagery that is created.” — Voice of Youth Advocates (VOYA)