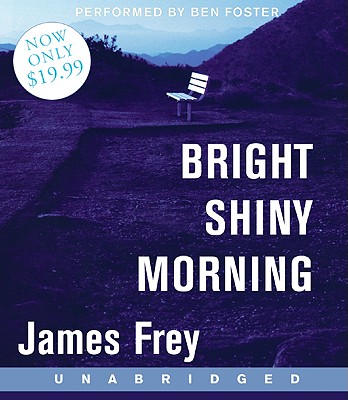 One of the most celebrated and controversial authors in America delivers his first novel—a sweeping chronicle of contemporary Los Angeles that is bold, exhilarating, and utterly original.

Dozens of characters pass across the reader's sight lines—some never to be seen again—but James Frey lingers on a handful of LA's lost souls and captures the dramatic narrative of their lives: a bright, ambitious young Mexican-American woman who allows her future to be undone by a moment of searing humiliation; a supremely narcissistic action-movie star whose passion for the unattainable object of his affection nearly destroys him; a couple, both nineteen years old, who flee their suffocating hometown and struggle to survive on the fringes of the great city; and an aging Venice Beach alcoholic whose life is turned upside down when a meth-addled teenage girl shows up half-dead outside the restroom he calls home.

Throughout this strikingly powerful novel there is the relentless drumbeat of the millions of other stories that, taken as a whole, describe a city, a culture, and an age. A dazzling tour de force, Bright Shiny Morning illuminates the joys, horrors, and unexpected fortunes of life and death in Los Angeles.

James Frey is originally from Cleveland. All four of his books, A Million Little Pieces, My Friend Leonard, Bright Shiny Morning, and The Final Testament of the Holy Bible, were international bestsellers.

An award winning actor, Ben Foster can be seen in the films Birds of America, 3:10 to Yuma, and X-Men 3: The Last Stand among many others. He shared the SAG Award for Best Ensemble Cast for his work on the acclaimed HBO drama Six Feet Under, and garnered a Daytime Emmy for his lead performance in Showtime's Bang Bang You're Dead.