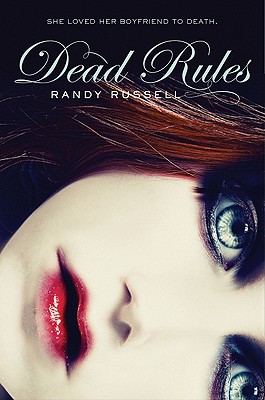 Jana Webster and Michael Haynes were in love. They were destined to be together forever.

But Jana's destiny was fatally flawed. And now she's in Dead School, where Mars Dreamcote lurks in the back of the classroom, with his beguiling blue eyes, mysterious smile, and irresistibly warm touch.

Michael and Jana were incomplete without each other. There was no room for Mars in Jana's life—or death—story. Jana was sure Michael would rush to her side soon.

But things aren't going according to Jana's plan. So Jana decides to do whatever it takes to make her dreams come true—no matter what rules she has to break.

Randy Russell believes in ghosts. He conducts an annual ghost seminar for the State of North Carolina and can be found most summers sharing true ghost stories at visitor centers in the Great Smoky Mountains National Park. He wrote Dead Rules because he believes ghosts should be allowed to share their stories of encounters with humans. He lives in Asheville, North Carolina.

“Sarcastic quips and double entendres drive the story’s humor, but it’s the sensitivity of the supporting characters that allows Jana (and readers) to see laughter within tragedy. Wickedly clever.” — Kirkus Reviews (starred review)

“The world of Dead Rules is a well-developed, engagingly odd place. The mystery of Jana’s true cause of death sustains the tension, and the wealth of dryly macabre details gives this debut novel plenty of personality.” — Bulletin of the Center for Children’s Books