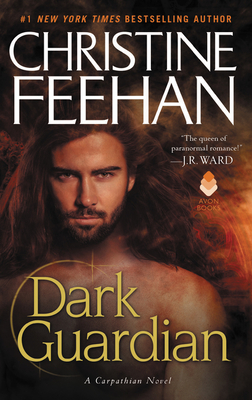 This is book number 9 in the Dark Series series.

They were masters of the darkness, searching through eternity for a mistress of the light. . .

He ran with wolves. . . materialized from the mists. . . hijacked the very heavens to whims. . .

He was the dark guardian of his people. So how, after centuries of a bleak, soulless existence, had he, Lucian Daratrazanoff, suddenly come to the crave petite, curvy colorful lady cop Jaxon Montogomery, who foolishly made it her life's work to protect others from harm?

Christine Feehan has had more than forty novels published, including four series which have hit #1 on the New York Times bestseller list. She is pleased to have made it onto numerous other bestseller lists as well, including Publishers Weekly, USA Today, Washington Post, BookScan, B. Dalton, Amazon, Barnes & Noble, Waldenbooks, Ingram, Borders, Rhapsody Book Club, and Walmart. In addition to being a nominee for the Romance Writers of America’s RITA® Award, she has received many honors throughout her career, including a Career Achievement Award from Romantic Times and the Borders 2008 Lifetime Achievement Award.