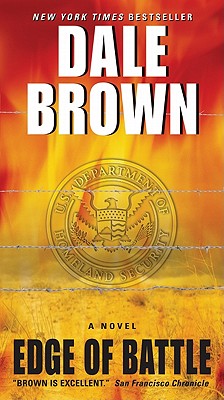 Tensions have never been greater along America's border with Mexico. To aid his narcotics smuggling operation, criminal kingpin Ernesto Fuerza—under the name "Commander Veracruz" and the false banner of Mexican nationalism—is calling for an armed revolution to take back the southwestern United States. And the cold-blooded slaughter of a group of U.S. border guards may be the direct result of Fuerza's incendiary words . . . or of something far worse.

A new, potentially devastating threat to America's safety looms large—and Operation Rampart has been executed to combat it. A controversial test base located in Southern California and run by Major Jason Richter and his high-tech special operations unit TALON, it is the last line of defense against the firestorm of violence, bloodshed, and terror that is rapidly approaching from the south. But an even greater force might be behind the impending catastrophe: a powerful nemesis fanatically dedicated to vengeance . . . and annihilation.