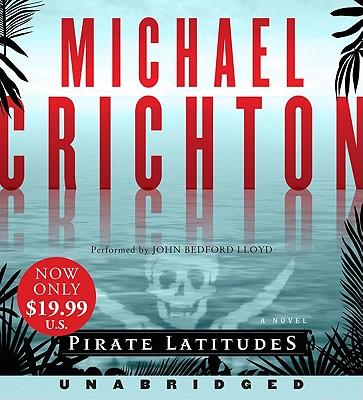 By Michael Crichton, John Bedford Lloyd (Read by)
$19.99
Email or call for price.

#1 New York Times bestselling author, the incomparable Michael Crichton (“One of the great storytellers of our age” —Newsday) takes to the high Caribbean seas for an irresistible adventure of swashbuckling pirates, lost treasure, sword fights, duplicity, and hair-breadth escapes in the New World.

John Bedford Lloyd's film credits include Philadelphia, The Abyss, and Crossing Delancy and he has made numerous television appearances on shows such as Law & Order, Spin City and The Equalizer.