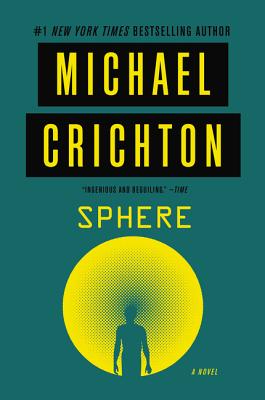 In the middle of the South Pacific, a thousand feet below the surface of the water, a huge vessel is discovered resting on the ocean floor. It is a spaceship of phenomenal dimensions, apparently undamaged by its fall from the sky. And, most startling, it appears to be at least three hundred years old. But even more fantastic—and frightening—is what waits inside…

Praise for STATE OF FEAR: “One of our most gifted popular novelists... Crichton’s fecund imagination and considerable storytelling talent have brought pleasure to millions. A master.” — Los Angeles Times