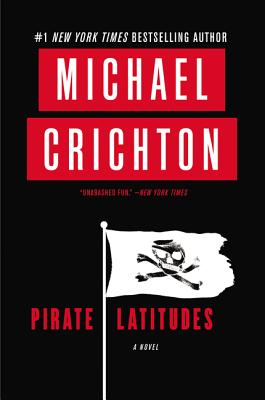 By Michael Crichton
$16.99
Email or call for price.

In this New York Times bestselling novel, master of suspense Michael Crichton delivers an irresistible tale of swashbuckling pirates in the New World—a classic story of treasure and betrayal.

The Caribbean, 1665. A remote colony of the English Crown, the island of Jamaica holds out against the vast supremacy of the Spanish empire. Port Royal, its capital, is a cutthroat town of taverns, grog shops, and bawdy houses. In this steamy climate there’s a living to be made, a living that can end swiftly by disease—or by dagger. For Captain Charles Hunter, gold in Spanish hands is gold for the taking, and the law of the land rests with those ruthless enough to make it. Word in port is that a galleon, fresh from New Spain, is awaiting repairs in a nearby harbor....

“Offers unexpected turns and plenty of yo ho ho’s.” — Richard Eisenberg, People (3 out of 4 stars)

“The plot sucks you in like the giant kraken monster that nearly sinks our hero’s galleon.” — Benjamin Svetsky, Entertainment Weekly