Little House on the Prairie (Hardcover) 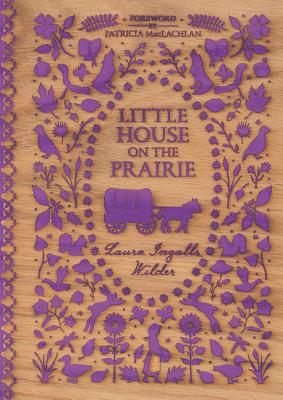 This is book number 3 in the Little House series.

Revisit one of the most beloved books in Laura Ingalls Wilder’s classic Little House series with this gorgeous hardcover, unjacketed edition of Little House on the Prairie, featuring new, iconic cover art, no interior art, and a special foreword.

When Laura Ingalls and her family leave their little house in the Big Woods of Wisconsin, they head west for the open prairie skies of Kansas Territory. They travel for many days in their covered wagon until they find the perfect spot for Pa to build them a new home. Soon they are planting and plowing, hunting wild ducks and turkeys, and gathering grass for their cows. But just when they begin to feel settled, they are caught in the middle of a dangerous conflict.

Based on the real-life adventures of Laura Ingalls Wilder, Little House on the Prairie is the third book in the award-winning Little House series, which has captivated generations of readers with its depiction of life on the American frontier.