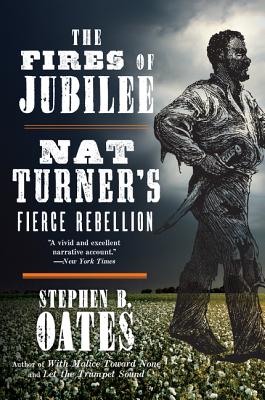 “A penetrating reconstruction of the most disturbing and crucial slave uprising in America’s history.” —New York Times

The fierce slave rebellion led by Nat Turner in Virginia in 1831 and the savage reprisals that followed shattered beyond repair the myth of the contented slave and the benign master, and intensified the forces of change that would plunge America into the bloodbath of the Civil War. Stephen B. Oates, the celebrated biographer of Abraham Lincoln and Martin Luther King, Jr., presents a gripping and insightful narrative of the rebellion—the complex, gifted, and driven man who led it, the social conditions that produced it, and the legacy it left.

A classic, here is the dramatic re-creation of the turbulent period that marked a crucial turning point in America's history.

Stephen B. Oates (1936-2021) was a professor emeritus of history at the University of Massachusetts–Amherst. His books include Let the Trumpet Sound: A Life of Martin Luther King, Jr. and With Malice Toward None: A Life of Abraham Lincoln. Oates has been awarded numerous honors, including a Guggenheim Fellowship, Robert F. Kennedy Book Award, and Nevins-Freeman Award of the Civil War Round Table of Chicago for lifetime achievement in the field of Civil War studies.

“A vivid and convincing re-creation of the rebellion’s black and white violence, breathing life into chilling scenes of mayhem, against a background of slave reality and slave-holding mentality.” — Publishers Weekly

“A much needed correction to historical fantasies. . . . Grounded in the facts and excellently documented, this volume is essential for students of slavery and of the history of violence in America.” — FAWN BRODIE, author of Thomas Jefferson: An Intimate History

“A penetrating, moving, gripping, eminently successful and readable account of an important event in American history!” — Fort Worth Star-Telegram