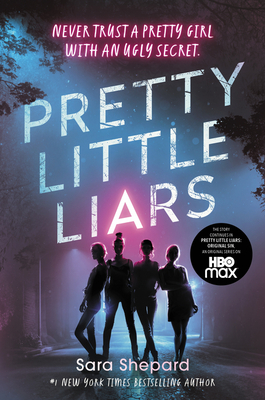 This is book number 1 in the Pretty Little Liars series.

Never trust a pretty girl with an ugly secret.

Set in ultra-trendy Rosewood, Pennsylvania, Pretty Little Liars centers around four beautiful girls who are hiding some very ugly secrets, and the one person who knows them all…and is not afraid to spill.

Perfect for fans of One of Us Is Lying, The Cousins, and A Good Girl’s Guide to Murder, this paperback repackage of the first book in Sara Shepard’s #1 New York Times bestselling Pretty Little Liars series—featuring a brand-new cover—will introduce new readers to the thrilling and magnetically compelling world of Pretty Little Liars, where everyone’s got something to hide, and no secret stays buried for long.

Sara Shepard is the author of two New York Times bestselling series, Pretty Little Liars and The Lying Game, as well as the series The Perfectionists. She graduated from New York University and has an MFA from Brooklyn College.

“Clique lit with a mystery twist…sure to make readers reach for the next installment.” — Publishers Weekly