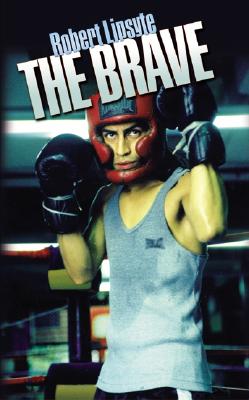 
Email or call for price.
Sonny's been an outsider all his life.

He has never fit into either world: the Moscondagas on the Reservation see him as white; whites see him as Indian. So far, Sonny's managed to harness his anger -- what he calls "the monster" -- in the boxing ring. But Sonny wants out of the Res. He's headed for New York City, where nobody can tell him what to do.

Sonny doesn't count on stepping into the middle of a drug war when he gets there -- or on tangling with a tough Harlem boxer-turned-cop named Alfred Brooks. Brooks seems to think that Sonny's got the talent to make it to the top -- to be a contender. But first Sonny's got to learn to be smart, take control of his life, and beat the monster. Only it isn't as easy as it sounds....

Robert Lipsyte was an award-winning sportswriter for the New York Times and the Emmy-winning host of the nightly public affairs show The Eleventh Hour. He is the author of twelve acclaimed novels for young adults and is the recipient of the Margaret A. Edwards Award honoring his lifetime contribution in that genre. He lives in Manhattan and on Shelter Island, New York, with his wife, Lois, and his dog, Milo.

“A hard-hitting powerhouse of a novel.” — Voice of Youth Advocates (VOYA)