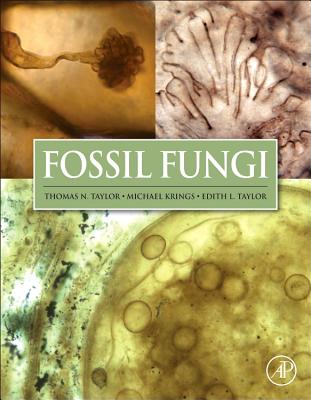 Fungi are ubiquitous in the world and responsible for driving the evolution and governing the sustainability of ecosystems now and in the past. Fossil Fungi is the first encyclopedic book devoted exclusively to fossil fungi and their activities through geologic time. The book begins with the historical context of research on fossil fungi (paleomycology), followed by how fungi are formed and studied as fossils, and their age. The next six chapters focus on the major lineages of fungi, arranging them in phylogenetic order and placing the fossils within a systematic framework. For each fossil the age and provenance are provided.

Each chapter provides a detailed introduction to the living members of the group and a discussion of the fossils that are believed to belong in this group. The extensive bibliography ( 2700 entries) includes papers on both extant and fossil fungi. Additional chapters include lichens, fungal spores, and the interactions of fungi with plants, animals, and the geosphere. The final chapter includes a discussion of fossil bacteria and other organisms that are fungal-like in appearance, and known from the fossil record. The book includes more than 475 illustrations, almost all in color, of fossil fungi, line drawings, and portraits of people, as well as a glossary of more than 700 mycological and paleontological terms that will be useful to both biologists and geoscientists.