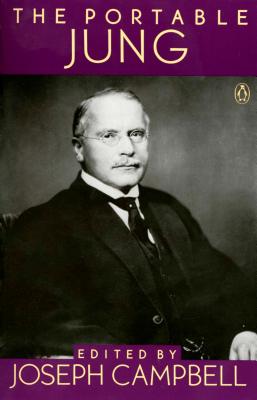 This comprehensive collection of writings by the epoch-shaping Swiss psychoanalyst was edited by Joseph Campbell, himself the most famous of Jung's American followers. It comprises Jung's pioneering studies of the structure of the psyche—including the works that introduced such notions as the collective unconscious, the Shadow, Anima and Animus—as well as inquries into the psychology of spirituality and creativity, and Jung's influential "On Synchronicity," a paper whose implications extend from the I Ching to quantum physics. Campbell's introduction completes this compact volume, placing Jung's astonishingly wide-ranging oeuvre within the context of his life and times.

Carl Gustav Jung was, together with Freud and Adler, one of the three great pioneers in modern psychiatry. He was born in 1865 in Switzerland, where he studied medicine and psychiatry and later became one of Sigmund Freud’s early supporters and collaborators. Eventually, serious theoretical disagreements (among them Jung’s view of the religious instinct in man) led to a doctrinal and personal break between the two famed psychiatrists. Dr. Jung was the author of many books, and he lived and practiced for many years in his native Zurich. He died in 1961.
Joseph Campbell was interested in mythology since his childhood in New York, when he read books about American Indians, frequently visited the American Museum of Natural History, and was fascinated by the museum's collection of totem poles. He earned his B.A. and M.A. degrees at Columbia in 1925 and 1927 and went on to study medieval French and Sanskrit at the universities of Paris and Munich. After a period in California, where he encountered John Steinbeck and the biologist Ed Ricketts, he taught at the Canterbury School, then, in 1934, joined the literature department at Sarah Lawrence College, a post he retained for many years. During the 1940s and '50s, he helped Swami Nikhilananda to translate the Upanishads and The Gospel of Sri Ramakrishna. The many books by Professor Campbell include The Hero with a Thousand Faces, Myths to Live By, The Flight of the Wild Gander, and The Mythic Image. He edited The Portable Arabian Nights, The Portable Jung, and other works. He died in 1987.