The Missing Golden Ticket and Other Splendiferous Secrets (Paperback) 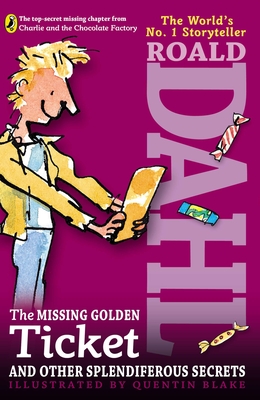 Secrets and surprises from Roald Dahl!

Feast your eyes on a secret! Between these covers is a long-lost chapter—and the original ending—from Charlie and the Chocolate Factory and other delicious never-before-seen tidbits from Mr. Wonka's factory. Then slip into some tasty tales from Roald Dahl's life to discover more about the world's No. 1 storyteller. No Roald Dahl collection is complete without this splendiferous treat!