The Legend of Sleepy Hollow and Other Stories (Paperback) 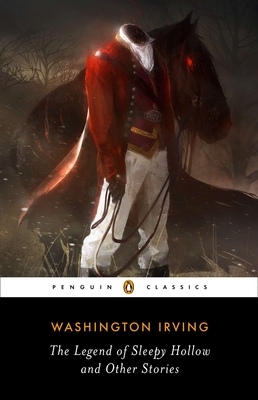 Perhaps the marker of a true mythos is when the stories themselves overshadow their creator. Originally published under a pseudonym as The Sketch Book of Geoffrey Crayon, Gent., The Legend of Sleepy Hollow and Other Stories gave America its own haunted mythology. This collection of larger-than-life tales contains Washington Irving’s best-known literary inventions—Ichabod Crane, the Headless Horseman, and Rip Van Winkle—that continue to capture our imaginations today.

Washington Irving (1783–1859) is generally credited with being the father of the American short story and was the first American writer to achieve international renown.

Elizabeth L. Bradley, the author of Knickerbocker: The Myth Behind New York, serves as literary consultant to Historic Hudson Valley, the caretakers of Sunnyside—Irving’s Tarrytown, New York, home. She also wrote the introduction and notes for the Penguin Classics edition of Irving’s A History of New York.