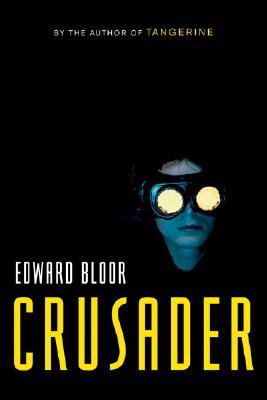 Roberta Ritter has been waiting for a knight in shining armor for most of her humdrum life. She’s a doormat, a nobody whose mother died a few years back, a smart girl who wastes her afternoons working in a failing arcade in a failing shopping mall. And then a Crusader arrives. . . .

Only this Crusader is a virtual reality war game, one that does a booming business at the arcade, despite—or perhaps because of—the controversy over its racism and violence.

Roberta’s boring life explodes. Onetime friends become bitter enemies, strangers reveal themselves as allies, and Roberta discovers the truth about her mother’s death. In uncovering what’s real and not just virtually real, Roberta learns to stand up for herself—and, maybe, to become her own crusader.

Edward Bloor is the author many acclaimed novels, including Tangerine, Crusader, and Story Time. A former high school teacher, he lives near Orlando, Florida.
edwardbloor.net