The American War in Afghanistan: A History (Hardcover) 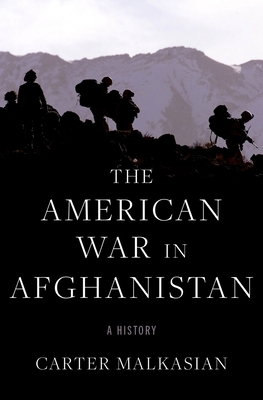 The American War in Afghanistan: A History (Hardcover)


Usually Ships in 1-5 Days
A New York Times Notable Book
Winner of 2022 Lionel Gelber Prize The first authoritative history of American's longest war by one of the world's leading scholar-practitioners. The American war in Afghanistan, which began in 2001, is now the longest armed conflict in the nation's history. It is currently winding down, and American troops are likely to leave soon -- but only after a stay of nearly two decades. In The American War in Afghanistan, Carter Malkasian provides the first comprehensive history of the entire conflict. Malkasian is both a leading academic authority on the subject and an experienced practitioner, having spent nearly two years working in the Afghan countryside and going on to serve as the senior advisor to General Joseph Dunford, the US military commander in Afghanistan and later the chairman of the joint chiefs of staff. Drawing from a deep well of local knowledge, understanding of Pashto, and review of primary source documents, Malkasian moves through the war's multiple phases: the 2001 invasion and after; the light American footprint during the 2003 Iraq invasion; the resurgence of the Taliban in 2006, the Obama-era surge, and the various resets in strategy and force allocations that occurred from 2011 onward, culminating in the 2018-2020 peace talks. Malkasian lived through much of it, and draws from his own experiences to provide a unique vantage point on the war.
Today, the Taliban is the most powerful faction, and sees victory as probable. The ultimate outcome after America leaves is inherently unpredictable given the multitude of actors there, but one thing is sure: the war did not go as America had hoped. Although the al-Qa'eda leader Osama bin Laden was killed and no major attack on the American homeland was carried out after 2001, the United States was unable to end the violence or hand off the war to the Afghan authorities, which could not survive without US military backing. The American War in Afghanistan explains why the war had such a disappointing outcome. Wise and all-encompassing, The American War in Afghanistan provides a truly vivid portrait of the conflict in all of its phases that will remain the authoritative account for years to come.