I, Warbot: The Dawn of Artificially Intelligent Conflict (Hardcover) 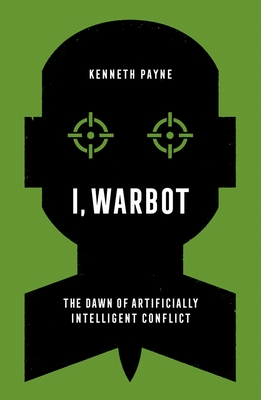 Artificial Intelligence is going to war. Intelligent weapon systems are here today, and many more are on the way tomorrow. Already, they're reshaping conflict--from the chaos of battle, with pilotless drones, robot tanks and unmanned submersibles, to the headquarters far from the action, where
generals and politicians use technology to weigh up what to do. AI changes how we fight, and even how likely it is that we will. In battle, warbots will be faster, more agile and more deadly than today's crewed weapons. New tactics and concepts will emerge, with spoofing and swarming to fool and overwhelm enemies. Strategies are changing too. When will an intelligent machine escalate, and how can it be deterred? Can robots
predict the future? And what happens to the 'art of war' as machines themselves become creative? Autonomous warfare makes many people uneasy. An international campaign against 'killer robots' hopes to ban AI from conflict. But the genie is out--AI weapons are too useful for states to outlaw. Still, crafting sensible rules for warbots is possible. This fascinating book shows how it might be
done.

Kenneth Payne is a reader in International Relations at King's College London. A former BBC journalist, he is the author of many articles and books, including The Psychology of Strategy: Exploring Rationality in the Vietnam War, also published by Oxford University Press.