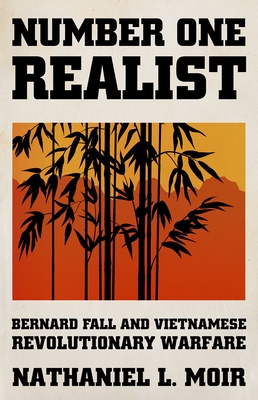 In a 1965 letter to Newsweek, French writer and academic Bernard Fall (1926-67) staked a claim as the 'Number One Realist' on the Vietnam War. This is the first book to study the thought of this overlooked figure, one of the most important experts on counterinsurgency warfare in Indochina.
Nathaniel L. Moir's intellectual history analyses Fall's formative experiences: his service in the French underground and army during the Second World War; his father's execution by the Germans and his mother's murder in Auschwitz; and his work as a research analyst at the Nuremberg Trials. Moir demonstrates how these critical events shaped Fall's trenchant analysis of Viet Minh-led revolutionary warfare during the French-Indochina War and the early Vietnam War. In the years before conventional American intervention in 1965, Fall argued that--far more than anything in the United
States' military arsenal--resolving conflict in Vietnam would require political strength, willpower, integrity and skill. Number One Realist illuminates Fall's study of political reconciliation in Indochina, while showing how his profound, humanitarian critique of war continues to echo in the endless conflicts of the present. It will challenge and change the way we think about the Vietnam War.

Nathaniel L. Moir is a research associate in the Applied History Project at the John F. Kennedy School of Government, Harvard University. He is a veteran of the war in Afghanistan, a former senior research fellow at the Naval Postgraduate School, and a former Ernest May Postdoctoral Fellow inHistory and Policy at the Kennedy School.