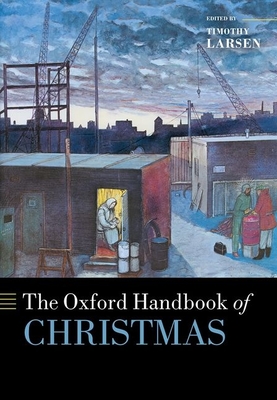 
Usually Ships in 1-5 Days
The Oxford Handbook of Christmas provides a comprehensive, interdisciplinary account of all aspects of Christmas across the globe, from the specifically religious to the purely cultural. The contributions are drawn from a distinguished group of international experts from across numerous disciplines, including literary scholars, theologians, historians, biblical scholars, sociologists, anthropologists, art historians, and legal experts. The volume provides authoritative treatments of a range of topics, from the origins of Christmas to the present; decorating trees to eating plum pudding; from the Bible to contemporary worship; from carols to cinema; from the Nativity Story to Santa Claus; from Bethlehem to Japan; from Catholics to Baptists; from secularism to consumerism. Christmas is the biggest celebration on the planet. Every year, a significant percentage of the world's population is draw to this holiday--from Cape Cod to Cape Town, from South America to South Korea, and on and on across the globe. The Christmas season takes up a significant part of the entire year. For many countries, the holiday is a major force in their national economy. Moreover, Christmas is not just a modern holiday, but has been an important feast for most Christians since the fourth century and a dominant event in many cultures and countries for over a millennium. The Oxford Handbook of Christmas provides an invaluable reference point for anyone interested in this global phenomenon.

Timothy Larsen, McManis Professor of Christian Thought, Wheaton College (Illinois) Professor Timothy Larsen is McManis Professor of Christian Thought, Wheaton College; an Honorary Fellow, School of Divinity, University of Edinburgh; and an Honorary Research Fellow, University of Wales Trinity Saint David. He has been a Visiting Fellow at Trinity College, Cambridge, and All Souls College, Oxford. His books include Crisis of Doubt: Honest Faith in Nineteenth-Century England (OUP 2006); A People of One Book: The Bible and the Victorians (OUP 2011); The Slain God: Anthropologists and the Christian Faith (OUP 2014); and John Stuart Mill: A Secular Life (OUP 2018).