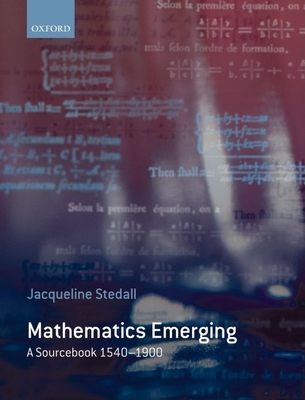 By Jacqueline Stedall
$195.00
Email or call for price.

Aimed at students and researchers in Mathematics, History of Mathematics and Science, this book examines the development of mathematics from the late 16th Century to the end of the 20th Century. Mathematics has an amazingly long and rich history, it has been practised in every society and culture, with written records reaching back in some cases as far as four thousand years. This book will focus on just a small part of the story, in a sense the most recent chapter of it: the mathematics of western Europe from the sixteenth to the nineteenth centuries. Each chapter will focus on a particular topic and outline its history with the provision of facsimiles of primary source material along with explanatory notes and modern interpretations. Almost every source is given in its original form, not just in the language in which it was first written, but as far as practicable in the layout and typeface in which it was read by contemporaries. This book is designed to provide mathematics undergraduates with some historical background to the material that is now taught universally to students in their final years at school and the first years at college or university: the core subjects of calculus, analysis, and abstract algebra, along with others such as mechanics, probability, and number theory. All of these evolved into their present form in a relatively limited area of western Europe from the mid sixteenth century onwards, and it is there that we find the major writings that relate in a recognizable way to contemporary mathematics.