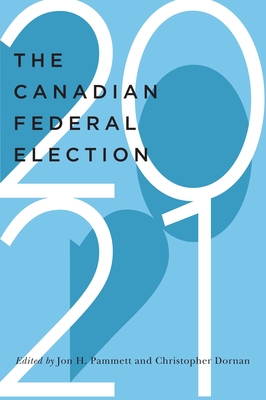 
Usually Ships in 1-5 Days
Media pundits and students of Canadian politics alike have strived to interpret the relevance of the 2021 federal election, held in the midst of a global pandemic and reinforcing the existing parliamentary balance of power. This timely volume explains the election's import, offering an insightful account of Canadian democracy in an age of increasing rancour and polarization and explaining why the Liberals did not win a majority government. In a unique collaboration, some of the country’s most distinguished political scientists, pollsters, and journalists examine the parties, issues, machinery, and media of Canadian electoral politics, teasing out the complexities and nuances of what was seen to be a premature federal election. The Canadian Federal Election of 2021 analyzes the campaigns of the major parties and the patterns of voting behaviour. A special feature of this book is its focus on issues of diversity and difference in the partisan theatre – the voting patterns of gendered, Indigenous, and newly immigrant Canadians, as well as the millennial generation. These chapters offer important lessons for the present and for the election to come. A must-read for students, journalists, those working at affiliated think tanks and institutes, and engaged citizens, this thoughtful exposé will interest international observers and anyone following the Canadian political landscape.
Jon H. Pammett is distinguished research professor in the Department of Political Science at Carleton University. Christopher Dornan is former director of the School of Journalism and Communication and former director of the Arthur Kroeger College of Public Affairs at Carleton University.
“A must-read. Jon Pammett and Chris Dornan have assembled a stellar team of political analysts to dissect the last federal election. Approachable and engaging, their volume is the best post-mortem in the country.” Kate Malloy, The Hill Times

“Timely and thorough. This volume will be a staple on the shelves of anyone working in the field of voting, elections, and political parties in Canada, as well as on the syllabus of many related courses.” Joanna Everitt, University of New Brunswick and co-editor of The Palgrave Handbook of Gender, Sexuality, and Canadian Politics