The Boundaries of Ethnicity: German Immigration and the Language of Belonging in Ontario (McGill-Queen's Studies in Ethnic History) (Paperback) 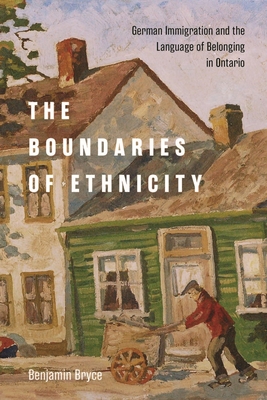 The Boundaries of Ethnicity: German Immigration and the Language of Belonging in Ontario (McGill-Queen's Studies in Ethnic History) (Paperback)


Backordered
In the late nineteenth and early twentieth centuries, European settlers from diverse backgrounds transformed Ontario. By 1881, German speakers made up almost ten per cent of the province’s population and the German language was spoken in businesses, public schools, churches, and homes. German speakers in Ontario – children, parents, teachers, and religious groups – used their everyday practices and community institutions to claim a space for bilingualism and religious diversity within Canadian society. In The Boundaries of Ethnicity Benjamin Bryce considers what it meant to be German in Ontario between 1880 and 1930. He explores how the children of immigrants acquired and negotiated the German language and how religious communities relied on language to reinforce social networks. For the Germans who make up the core of this study, the distinction between insiders and outsiders was often unclear. Boundaries were crossed as often as they were respected. German ethnicity in this period was fluid, and increasingly interventionist government policies and the dynamics of generational change also shaped the boundaries of ethnicity. German speakers, together with immigrants from other countries and Canadians of different ethnic backgrounds, created a framework that defined relationships between the state, the public sphere, ethnic spaces, family, and religion in Canada that would persist through the twentieth century. The Boundaries of Ethnicity uncovers some of the origins of Canadian multiculturalism and government attempts to manage this diversity.
Benjamin Bryce is associate professor of history at the University of British Columbia.
“A well-written book, The Boundaries of Ethnicity convincingly demonstrates the complexity and fluidity of people’s understanding of ethnicity.” Carmela Patrias, Brock University