The Naked and the Dead: 50th Anniversary Edition, With a New Introduction by the Author (Paperback) 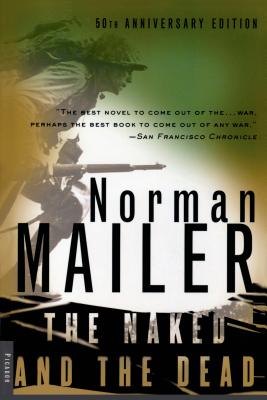 Hailed as one of the finest novels to come out of the Second World War, The Naked and the Dead received unprecedented critical acclaim upon its publication and has since become part of the American canon. This fiftieth anniversary edition features a new introduction created especially for the occasion by Norman Mailer.

Written in gritty, journalistic detail, the story follows an army platoon of foot soldiers who are fighting for the possession of the Japanese-held island of Anopopei. Composed in 1948, The Naked and the Dead is representative of the best in twentieth-century American writing.

Norman Mailer's first novel, The Naked and the Dead, is widely regarded as one of the finest American novels of the twentieth century. Among Norman Mailer's other achievements are Why Are We in Vietnam?, The Armies of the Night, for which he was awarded a Pulitzer Prize and the National Book Award in 1968, and The Executioner's Song, which won the 1980 Pulitzer Prize.

“Vibrant with life, abundant with real people, full of memorable scenes. To call it merely a great book about the war would be to minimize its total achievement.” —The Philadelphia Inquirer

“The most important American novel since Moby-Dick.” —Providence Journal