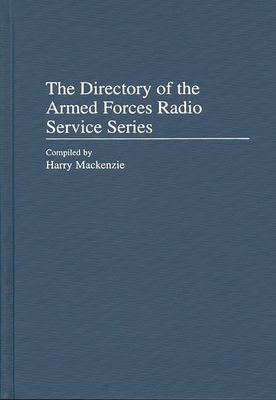 This is book number 82 in the Discographies series.

This directory details the output of transcriptions from the Armed Forces Radio Service from the beginning in 1942 up to 1967. Since many official papers of the early days are no longer available, the information was gathered from many private sources. The range of programs the AFRS covered was immense. Particularly during the war years the accent was on entertainment. Popular and classical music and comedy and drama shows were rebroadcast over AFRS stations all over the world. The AFRS also produced many programs designed to inform and educate. This directory attempts to present the complete range of series the AFRS transmitted.

Collectors and followers of popular, country or series music and of drama or comedy shows will appreciate the short description of the AFRS shows, complete with cast names and issues and recording dates, that comprise the entries. The entries are organized by series and include the Libraries series, H-Series, Network Series, R-Series, and Assigned Matrix Numbers. An appendix of non-AFRS transcriptions is included along with a bibliography for further research.