Game: The Sequel to "I Hunt Killers" (Paperback) 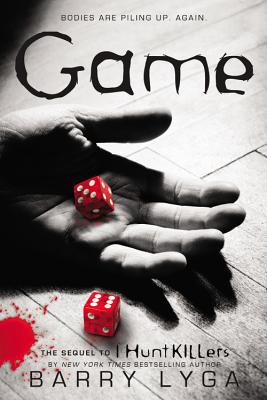 This is book number 2 in the I Hunt Killers series.

The second book in this thrilling, terrifying series by New York Times bestselling author Barry Lyga is perfect for fans of Dexter.

Billy grinned. "Oh, New York," he whispered. "We're gonna have so much fun."

I Hunt Killers introduced the world to Jazz, the son of history's most infamous serial killer, Billy Dent.

In an effort to prove murder didn't run in the family, Jazz teamed with the police in the small town of Lobo's Nod to solve a deadly case. And now, when a determined New York City detective comes knocking on Jazz's door asking for help, he can't say no. The Hat-Dog Killer has the Big Apple--and its police force--running scared. So Jazz and his girlfriend, Connie, hop on a plane to the big city and get swept up in a killer's murderous game.

Both the stakes and the body count are higher in this suspenseful and unstoppable sequel from acclaimed author Barry Lyga.

Barry Lyga is the author of several acclaimed young adult novels, including Bang, After the Red Rain, the I Hunt Killers trilogy, and his debut, The Astonishing Adventures of Fanboy and Goth Girl. Barry lives and writes in New Jersey, and invites you to visit his website at barrylyga.com.

* "[The game is] orchestrated so cunningly that rare indeed will be the reader who figures it out early...You can't deny Lyga's ambition to craft the most serious (and bloodiest) crime series yet for teen readers."—Booklist, starred review

"The main differentiator between this and adult thrillers is the age of the protagonists. As such, it's a riveting story for any reader capable of handling the violence, as Lyga juggles multiple points of view and elegant shocks and twists...The character arcs are as fascinating as the gruesome murders."—Publishers Weekly