The In Between (Paperback) 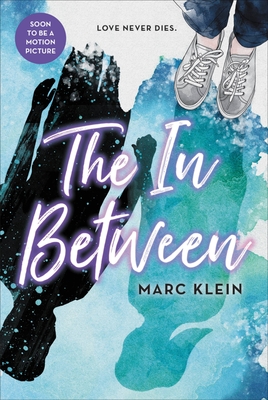 The In Between (Paperback)

This heartbreaking story—perfect for fans of If I Stay and Five Feet Apart—follows a girl swept up in the magic of her first love, until it all comes to a tragic end that might lead her into the afterlife itself. Soon to be a motion picture on Paramount+ starring Joey King!

After bouncing around in foster homes for most of her childhood, seventeen-year-old Tessa Jacobs doesn’t believe she deserves love—not from her adoptive parents, and certainly not from anyone at school.

But everything changes when she has a chance encounter with Skylar, a senior from a neighboring town who’s a true romantic. Their budding relationship quickly leads to the kind of passion you only see in the movies. As her heart begins to open, Tessa starts to believe she might be deserving of love after all.

When tragedy strikes, Tessa wakes up alone in a hospital room with no memory of how she got there. And then she learns the horrifying news: Skylar is dead. As Tessa searches for answers, Skylar’s spirit reaches out to her from the other side. Desperate to see him one last time, Tessa must race against the clock to uncover the shocking truth of their relationship—a truth that might just lead to the afterlife itself.

"This story and Marc had such a big impact on me. Somehow my heart breaks and swells all at the same time while reading this. A powerful telling of love and loss.” —Joey King, star and producer of The In Between

Marc Klein has written many well-known screenplays including the romantic comedy classic Serendipity, as well as Mirror, Mirror, a reimagining of the Snow White fairy tale. The In Between is his debut novel and the basis for the upcoming film from Paramount Pictures. Klein resides in Los Angeles.

“A radiant, swoon-worthy ghost story, combined with an empowering story of a young woman finding her creative voice. I absolutely loved this book.”

—Kirsten “Kiwi” Smith, author of Trinkets and screenwriter of 10 Things I Hate About You and Legally Blonde

“An original take on the personal nature of grief and a strong choice where YA romances are popular.”