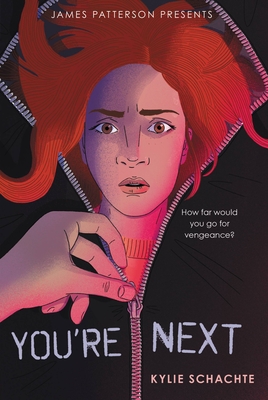 
Usually Ships in 1-5 Days
When a girl with a troubled history of finding dead bodies investigates the murder of her ex, she uncovers a plot to put herself—and everyone she loves—on the list of who's next. Perfect for fans of One of Us Is Lying and A Good Girl's Guide to Murder.

Flora Calhoun has a reputation for sticking her nose where it doesn't belong. When she gets a midnight call from her terrified ex-girlfriend Ava, she doesn’t hesitate…and arrives just in time to see Ava bleed out in a dark alleyway.

Determined to do something, Flora sets out on a path of rage and vengeance for all the dead girls whose killers were never found. Her tunnel-vision sleuthing leads to valuable clues about a shocking conspiracy involving her school and beyond, but also earns her sinister threats from the murderer. She has a choice: give up the hunt for answers, or keep digging and risk her loved ones' lives. Either way, Flora will regret the consequences. Who's next on the killer's list?
Kylie Schachte graduated from Sarah Lawrence College where she studied writing, theatre, and psychology. Currently, she lives in Portland, Oregon, where she works as a tutor and mentor to a group of badass teenage girls. You're Next is her first novel.

“In her gripping debut, Schachte merges the spirit of Nancy Drew with modern-day sensibilities: Flora’s intrepid drive for justice is keyed to intense vulnerability and lingering trauma.”

“Schachte’s debut novel has the pacing of a stick of dynamite: a slow burn leading to an explosive ending.”

"Schachte has done an impressive job taking a hard-boiled detective story and turning it on its head... This is an addictive page-turner for YA mystery fans, especially those looking for a Veronica Mars-like read."—Booklist

"This read would suit a...young adult who welcomes a tumultuous ride and eventual heartbreak."—BCCB

"The treatment of the subjects of trust and emotional vulnerability between friends adds an extra dimension."—Kirkus Reviews

“A serrated, black-lipsticked Nancy Drew, You’re Next is a tantalizing neo-noir joyride."

"Get your popcorn ready because You're Next is compelling as hell.”

—Stephanie Tromly, author of the Trouble Is a Friend of Mine trilogy

"With a sharp-edged, savvy heroine and a plot that twists and digs, You're Next is both a page-turning thriller and the witty, authentic story of a teenage girl forging her own identity. Kylie Schachte has crafted a debut that will pull you into the dark from start to finish."—Hannah Capin, author of Foul is Fair