Some Principles of Maritime Strategy: A Theory of War on the High Seas; Naval Warfare and the Command of Fleets (Hardcover) (Hardcover) 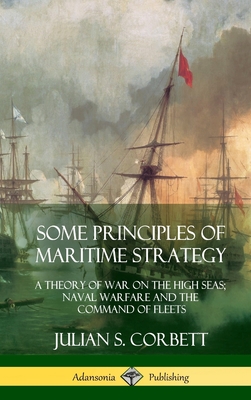 Some Principles of Maritime Strategy: A Theory of War on the High Seas; Naval Warfare and the Command of Fleets (Hardcover) (Hardcover)


Usually Ships in 1-5 Days
In his excellent book explaining naval strategy, Julian S. Corbett examines sound maritime strategy. Crucially, he advances the view that navies could perform much better if their role in assisting land warfare and amphibious forces were increased. Writing in the early 20th century, Corbett draws upon centuries of naval battles and identifies several common strains. The development of war strategies at sea often entailed trial and error - the author elects to explain how strategy evolved as much from calamity as practice. How naval force should be assembled, how it should form up, and how concentrations and dispersal of ships should be organized each receive discussion. Although naval warfare has substantially changed since this book's original publication, it continues to be consulted for its timeless and sound advice. Corbett's era predated the extensive use of submarines and aeroplanes in naval combat, but his conclusions remain sound and sought after even in the tutoring of modern maritime strategy.