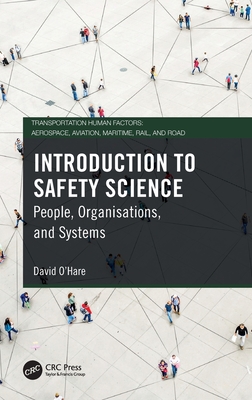 The book is designed as an accessible and readable introduction to a rapidly expanding area that is in demand worldwide. A variety of professionals from different backgrounds are being tasked with managing health and safety risks in a wide variety of settings. Many lack current and up-to-date knowledge of the key developments that have taken place in Safety Science in recent decades, as well as a sense of how these developments fit in with previous approaches.

This book takes readers on a 'journey' across three broad developments in safety science. It covers topics that focus on the individual including human error, risk and the role of cognition in human performance. It then shifts to research in safety science that uses organizations as the basic unit of analysis, questions about organizational decision making and the characteristics that dispose towards or against organizational failure and it introduces perspectives based on systems science that address issues that arise out of complexity and interdependence.

Those who will purchase this book are students taking courses in human factors, ergonomics, applied psychology, occupational health and safety management. Professionals working in safety management in any field from agriculture, construction, shipping, aviation, power generation, oil exploration, manufacturing to healthcare will find this book useful, as well as general readers interested in why systems fail.

David O'Hare is Professor of Psychology at the University of Otago. He joined the department in 1982 after graduating with a First Class Honours degree in psychology (1974) and a PhD (1978) from the University of Exeter followed by a several years lecturing at Lancaster University in the UK. At the same time he became a glider pilot and also obtained a UK Private Pilots Licence becoming increasingly interested in the human-machine relationship involved in aviation. He received a Prince and Princess of Wales award in 1987 and undertook a course in aircraft accident investigation at Cranfield University. After coming to NZ he started researching aeronautical decision making and spent time as a visiting scholar at The Ohio State University. Subsequently he and Professor Stan Roscoe wrote a book ('Flightdeck Performance: The Human Factor', published 1990) summarising the scientific literature on human perception and performance in aviation. In the ensuing years he has conducted research on a range of issues involving human interaction with technology, aviation safety, aircraft accidents, and pilot decision making with sponsors including the Health Research Council, NZ Civil Aviation Authority, the US Federal Aviation Administration and NASA. He edited the book: "Human Performance in General Aviation" published by Ashgate in 1999. He was a founder member of the NZ Human Factors and Ergonomics Society and established courses in Human Factors, Cognitive Engineering and Safety Science at the University of Otago. He is on the Editorial Board of the International Journal of Aerospace Psychology; the International Journal of Human Factors and Ergonomics and the Journal of Safety Research.