The National Security Sublime: On the Aesthetics of Government Secrecy (Paperback) 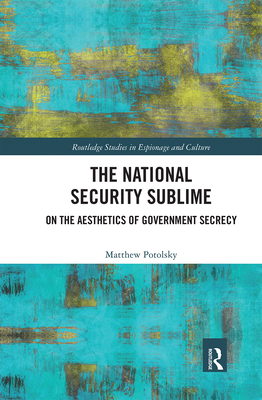 By Matthew Potolsky
$68.69
Email or call for price.

Why do recent depictions of government secrecy and surveillance so often use images suggesting massive size and scale: gigantic warehouses, remote black sites, numberless security cameras? Drawing on post-War American art, film, television, and fiction, Matthew Potolsky argues that the aesthetic of the sublime provides a privileged window into the nature of modern intelligence, a way of describing the curiously open secret of covert operations. The book tracks the development of the national security sublime from the Cold War to the War on Terror, and places it in a long history of efforts by artists and writers to represent political secrecy.

Matthew Potolsky is Professor of English at the University of Utah.