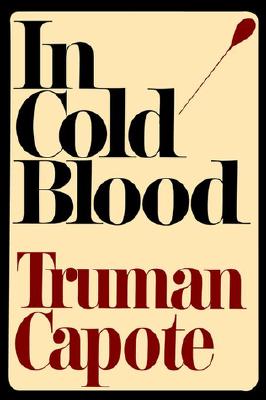 By Truman Capote, Bob Colacello (Introduction by)
$23.00
Email or call for price.

On November 15, 1959, in the small town of Holcomb, Kansas, four members of the Clutter family were savagely murdered by blasts from a shotgun held a few inches from their faces. There was no apparent motive for the crime, and there were almost no clues.

Five years, four months and twenty-nine days later, on April 14, 1965, Richard Eugene Hickock, aged thirty-three, and Perry Edward Smith, aged thirty-six, were hanged from the crime on a gallows in a warehouse in the Kansas State Penitentiary in Lansing, Kansa.

In Cold Blood is the story of the lives and deaths of these six people. It has already been hailed as a masterpiece.

Truman Capote was a native of New Orleans, where he was born on September 30, 1924. His first novel, Other Voices, Other Rooms, was an international literary success when first published in 1948, and accorded the author a prominent place among the writers of America's postwar generation. He sustained this position subsequently with short-story collections (A Tree of Night, among others), novels and novellas (The Grass Harp and Breakfast at Tiffany's), some of the best travel writing of our time (Local Color), profiles and reportage that appeared originally in The New Yorker (The Duke in His Domain and The Muses Are Heard), a true-crime masterpiece (In Cold Blood), several short memiors about his childhood in the South (A Christmas Memory, The Thanksgiving Visitor, and One Christmas), two plays (The Grass Harp and House of Flowers and two films (Beat the devil and The Innocents).

Mr. Capote twice won the O.Henry Memorial Short Story Prize and was a member of the National Institute of Arts and Letters. He died in August 1984, shortly before his sixtieth birthday.

"The best documentary account of an American crime ever written. . . . The book chills the blood and exercises the intelligence . . . harrowing." —The New York Review of Books