The Legend of Sleepy Hollow and Other Stories: Or, The Sketch Book of Geoffrey Crayon, Gent. (Modern Library Classics) (Paperback) 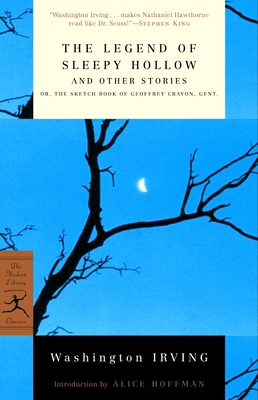 With his beloved Gothic tales, Washington Irving is said to have created the genre of the short story in America. Though Irving crafted many of the most memorable characters in fiction, from Rip Van Winkle to Ichabod Crane, his gifts were not confined to the short story alone. He was also a master of satire, essay, travelogue, and folktale, as evidenced in this classic collection.

Henry Wadsworth Longfellow said, "Every reader has a first book.... which, in early youth, first fascinates his imagination, and at once excites and satisfies the desires of his mind. To me, this first book was The Sketch Book of Washington Irving... The charm of The Sketch Book remains unbroken; the old fascination still lingers about it."

Alice Hoffman is the author of fourteen novels, including Practical Magic, Turtle Moon, Local Girls, Here on Earth, The River King, and Blue Diary. She lives in Massachusetts.