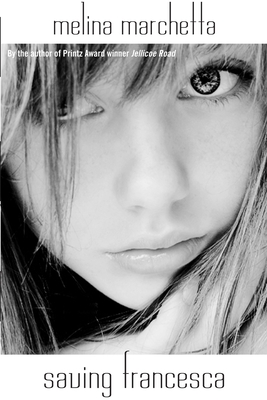 
Email or call for price.
Before there was Eleanor and Park, there was Francesca and Will.

A compelling story of romance, family, and friendship, with humor and heart, perfect for fans of If I Stay, The Spectacular Now, and Looking for Alaska.

Francesca is stuck at St. Sebastian’s, a boys' school that pretends it's coed by giving the girls their own bathroom.  Her only female companions are an ultra-feminist, a rumored slut, and an impossibly dorky accordion player.  The boys are no better, from Thomas, who specializes in musical burping, to Will, the perpetually frowning, smug moron that Francesca can't seem to stop thinking about.

Then there's Francesca's mother, who always thinks she knows what's best for Francesca—until she is suddenly stricken with acute depression, leaving Francesca lost, alone, and without an inkling of who she really is.  Simultaneously humorous, poignant, and impossible to put down, this is the story of a girl who must summon the strength to save her family, her social life, and—hardest of all—herself.

Melina Marchetta is the Printz-winning author of Jellicoe Road, as well as Looking for Alibrandi and Finnikin of the Rock.
Melina Marchetta lives in Sydney, Australia, where she is a teacher. She is also the author of Looking for Alibrandi, which received numerous awards and was released as a major Australian film. Saving Francesca is her second novel.
"Sparkling dialogue and engaging characters...Francesca’s messy, credible array of emotions and problems will keep readers absorbed to the last, satisfying line."--Kirkus Reviews, Starred

"A rich exploration of maturation, identity, family, and friendship." —The Bulletin, Starred

"Readers will applaud the realistic complexity in the relationships here, the genuine love between the characters, as well as Francesca's ultimate decision to save herself."--Publishers Weekly, Starred

"Teens will relate to this tender novel and will take to heart its solid messages and realistic treatment of a very real problem."--School Library Journal, Starred