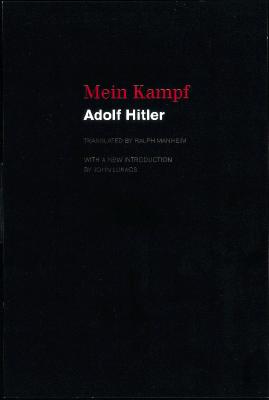 “In the pages of Mein Kampf Hitler presented the world with his dark vision for the future. Years would pass before he attained the power to realize that vision, but Mein Kampf’s existence denies the free world the excuse of ignorance. We dismissed him as a madman and we ignored his wretched book; the result was a tragedy of unprecedented proportions. This is yet another lesson to take from Mein Kampf: the lesson of vigilance and responsibility, of not closing our eyes to the evil around us.”—From the introduction by Abraham Foxman

Konrad Heiden (1901-1966), a German-American journalist and historian of the Weimar Republic and Nazi eras, was best known for his biographies of Adolf Hitler.

"For years, Mein Kampf stood as proof of the blindness and complacency of the world. In its pages Hitler announced--long before he came to power--a program of blood and terror in a self-revelation of such overwhelming frankness that few had the courage to believe it...That such a man could go so far toward realizing his ambitions--that is a phenomenon the world will ponder for centuries to come." -- Konrad Heiden, author of Der Fuhrer: Hitler's Rise to Power —