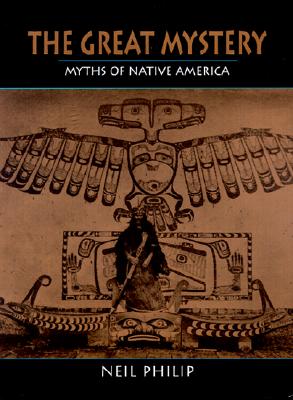 
Email or call for price.
This authoritative guide to Native American myth and legend explores the powerful themes and dramatic stories that explain the great mysteries of life, death, how the world was created, and how it will end. A description of the nature of Native American myths, examining the common themes found in the rich mythology of the First Nations, is followed by chapters on main culture groups that include numerous excerpts from the myths themselves, many of them humorous. Folklorist Neil Philip has created an enthralling and multilayered book, handsomely illustrated with photographs printed in duotone, that will be treasured by anyone intrigued by Native American culture or mythology.

Neil Philip is a noted folklorist and anthologist who has written several books on Native American and multicultural themes for Clarion, including IN A SACRED MANNER I LIVE, which was named both a YALSA Best Book for Young Adults and a New York Times Notable Book of the Year. He lives in England.

This exhaustively researched book explores the similarities and differences among the tales told by various Native American culturual groups about the creation of the world.
School Library Journal —