The Lost Ones (Hardcover) 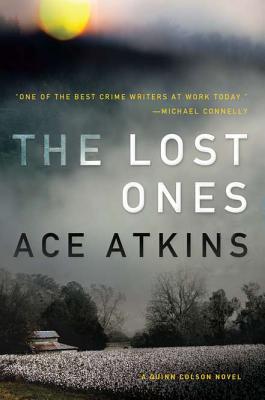 By Ace Atkins
Email or call for price
Out of Print - This Title is Unlikely to be Available.

Fresh from ten years as a U.S. Army Ranger, Quinn Colson finds his hands full as the newly elected sheriff of Tibbehah County, Mississippi. An old buddy running a local gun shop may be in over his head when stolen army rifles start showing up in the hands of a Mexican drug gang.
At the same time, an abused-child case leads Quinn and his tough-as-nails deputy, Lillie Virgil, deep into the heart of a bootleg baby racket and a trail of darkness and death. And when the two cases collide, Quinn and his allies are forced to realize that, though they may be home from the war, they are now in the fight of their lives.

Ace Atkins, a former journalist, has written ten previous novels. Most recently, Atkins published "The Ranger," the Edgar-nominated first novel in the Quinn Colson series, and was selected by the Robert B. Parker Estate to continue the highly popular Spenser series with "Robert B. Parker s Lullaby."

Atkins began his writing career in 1998, at age twenty-eight, when the first of four Nick Travers novels was published. In 2001, he earned a Pulitzer Prize nomination for his investigation into a 1950s murder. That murder inspired his 2006 novel "White Shadow, "which was followed by three further history-based crime novels "Wicked City, Devil s Garden, "and "Infamous." Atkins lives in Oxford, Mississippi."

“Atkins’ sense of place is superb, his story stark and suspenseful. Quinn Colson has a quick wit, a strong sense of honor, and radiates sex appeal, but more importantly he knows the difference between law and order.” – Milwaukee Journal Sentinel


“Atkins seems to have hit his stride with this splendid sequel to the Edgar Award-nominated The Ranger.” – Library Journal