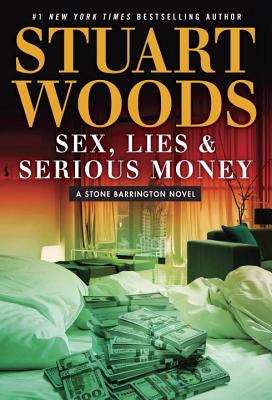 This is book number 39 in the A Stone Barrington Novel series.

Stone Barrington takes on a client who gives him a run for his money in this heart-stopping thriller from #1 New York Times bestselling author Stuart Woods.

Fresh off the runway at Teterboro, Stone Barrington arrives home to find an unexpected new client on his doorstep, anxiously soliciting his help. But everything is not as it seems, when the client reveals the true nature—and value—of his recent turn of fortune.

From luxury New York high-rises to the sprawling New Mexico desert, his client is pursued from all angles...and Stone quickly learns that easy money isn’t always so easy.
Stuart Woods is the author of more than sixty novels, including the #1 New York Times bestselling Stone Barrington series. He is a native of Georgia and began his writing career in the advertising industry. Chiefs, his debut in 1981, won the Edgar Award. An avid sailor and pilot, Woods lives in Florida, Maine, and New Mexico.
Praise for Sex, Lies & Serious Money

“Series fans will continue to enjoy this bird’s-eye view of the high life.”—Booklist