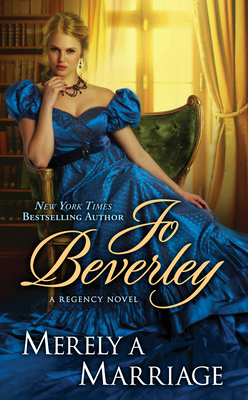 This is book number 18 in the Rogue Series series.

The New York Times bestselling author of The Viscount Needs a Wife returns with another roguishly delicious Regency romance...

As England mourns the death of Princess Charlotte, Lady Ariana Boxstall has another succession in mind. Her brother, Norris, is a strapping young man, but he’s also happily unmarried and childless. Norris agrees to take a wife on one condition: that Ariana take a husband first. Although she realizes she risks a lifetime in a loveless marriage, for the sake of her family, Ariana accepts his challenge.

When the Earl of Kynaston met Ariana eight years ago, he broke her heart. Since then, his own heart has been broken, and he’s sworn off love...until he sees Ariana all grown-up and his resolve is threatened.

Could Ariana’s bargain with Norris actually lead her to happiness? With real love on the line, she must win over the one man who refuses to be had.

Jo Beverley was the New York Times bestselling author of the Rogue series, including Too Dangerous for a Lady, A Shocking Delight, and Lady Beware, as well as numerous other romance novels. Widely regarded as one of the most talented romance writers today, she was a five-time winner of Romance Writers of America’s cherished RITA Award and one of only a handful of members of the RWA Hall of Fame. She also twice received the Romantic Times Career Achievement Award. She had two grown sons and lived with her husband in England. Jo Beverley passed away in May 2016.

Praise for the Novels of Jo Beverley

“[Beverley] can be counted on to...create a beguiling love story.”—Booklist