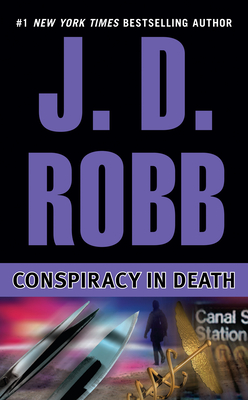 This is book number 8 in the In Death series.

In a future where human nature remains as predictable as death, a killer plays God and puts innocent lives in the palm of his hand in this novel in the #1 New York Times bestselling In Death series.

With the precision of a surgeon, a serial killer preys on the most vulnerable souls of the world’s city streets. The first victim: a sidewalk sleeper, found dead in New York City.  No bruises, no signs of struggle. Just a laser-perfect, fist-sized hole where his heart had once been. Lieutenant Eve Dallas is assigned to investigate. But in the heat of a cat-and-mouse game with the killer, Dallas’s job is suddenly on the line. Now her hands are tied...between a struggle for justice—and a fight for her career...

“Ms. Robb peels one more layer off her intrepid heroine as she begins to come to terms with her bitter past, under the loving influence of her husband, Rorke, one of the most fascinating and compelling men in fiction today, and manages to trap a vicious murderer in the process.”—RT Book Reviews