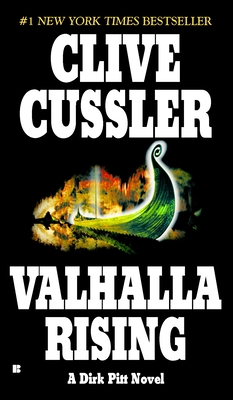 By Clive Cussler
$9.99
Email or call for price.

This is book number 16 in the Dirk Pitt Adventure series.

Marine explorer Dirk Pitt must rely on the nautical lore of Jules Verne to stop a ruthless oil baron with his sights set on political power in this #1 New York Times-bestselling series.

In the middle of its maiden voyage, a luxury cruise ship using revolutionary new engines suddenly catches fire and sinks. Its alarms stay silent; its sprinkler system remains inactive.  Nearby NUMA special projects director Dirk Pitt notices smoke and races to the rescue. He's too late to save the engineer behind the ship's new technology, but helps the man's daughter, Kelly Egan, escape with her father's work in a leather briefcase.

While Ms. Egan strives to uncover the hidden value in her father's inventions, Pitt is hired on by maritime insurers to investigate the wreckage. Neither are prepared for the mechanical marvels they'll soon be forced to confront. The machines could only be the stuff of legend, described in the tales of Viking explorers or the accounts of Jules Verne. And they may be Pitt and Egan's only hope when an oil tycoon with a plan of his own appears on the scene.

Before journey's end, Pitt will take on a power-mad millionaire, tread upon territory previously known only to Verne's illustrious Captain Nemo, and make shocking discoveries about his own past.

Clive Cussler is the author or coauthor of over fifty previous books in five bestselling series, including Dirk Pitt®, NUMA® Files, Oregon® Files, Isaac Bell, and Sam and Remi Fargo. His nonfiction works include Built for Adventure: The Classic Automobiles of Clive Cussler and Dirk Pitt, and Built to Thrill:More Classic Automobiles from Clive Cussler and Dirk Pitt, plus The Sea Huntersand The Sea Hunters II; these describe the true adventures of the real NUMA, which, led by Cussler, searches for lost ships of historic significance. With his crew of volunteers, Cussler has discovered more than sixty ships, including the long-lost Confederate ship Hunley. He lives in Colorado and Arizona.