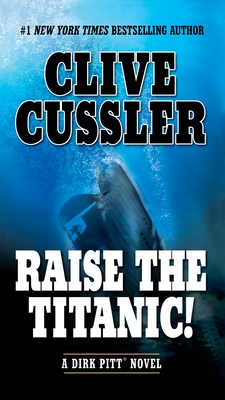 This is book number 3 in the Dirk Pitt Adventure series.

On orders from the Pentagon, marine explorer Dirk Pitt must salvage crucial material from the world's most infamous maritime disaster in this novel in the #1 New York Times-bestselling series.

The President's secret task force has developed an unprecedented defensive weapon that relies on an extremely rare radioactive element—and Dirk Pitt has followed a twisted trail to a secret cache of the substance. Now, racing against brutal storms, Soviet spies, and a ticking clock, Pitt begins his most thrilling mission—to raise from its watery grave the shipwreck of the century...