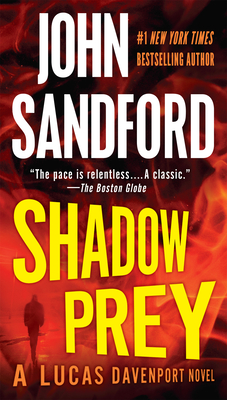 This is book number 2 in the A Prey Novel series.

A series of ritualistic murders committed across the United States draws Lucas Davenport into an unimaginable conspiracy of revenge in this “classic”(Boston Globe) thriller in the #1 New York Times bestselling series.

Each victim has a history of bad behavior, but the only thing the killings have in common is the murder weapon—a Native American ceremonial knife—and a trail of blood that leads to an embodiment of evil known only as Shadow Love. Recruited to be the lethal hand of a terrorist campaign, Shadow Love has his own bloody agenda, one he will do anything to achieve.

Enlisted to find him are Minneapolis police lieutenant Lucas Davenport and New York City police officer Lily Rothenburg. But despite the countrywide carnage they needn’t look far. Because Shadow Love is right behind them.
John Sandford is the pseudonym for the Pulitzer Prize-winning journalist John Camp. He is the author of the Prey novels, the Kidd novels, the Virgil Flowers novels, and six other books, including three YA novels co-authored with his wife Michele Cook.
Praise for John Sandford’s Prey Novels