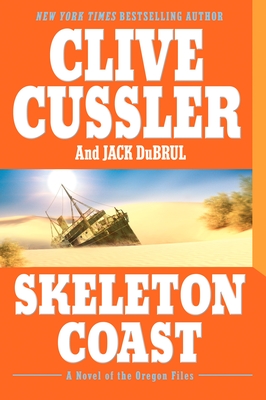 This is book number 4 in the The Oregon Files series.

Chairman of the Corporation Juan Cabrillo and his mercenary crew steer theOregon into battle against a militant leader and his cult-like followers in this #1 New York Times-bestselling series.

Juan Cabrillo and the crew of the covert combat ship Oregon have barely escaped a mission on the Congo River when they intercept a mayday from a defenseless boat under fire off the African coast. Still smarting from a weapons-trade gone bad and a double-cross, Cabrillo takes action. He manages to save the beautiful Sloane Macintyre, who's on a mission of her own, looking for a long-submerged ship that may hold a fortune in diamonds. But what surprises Cabrillo is her story about a crazy fisherman who claims to have been attacked on the open sea by giant metal snakes in the same area.

What begins as a snake hunt leads Cabrillo onto the trail of a far more lethal quarry—a deranged militant and his followers who plan to unleash the devastating power of nature itself against all who oppose them.