The Jungle (The Oregon Files #8) (Paperback) 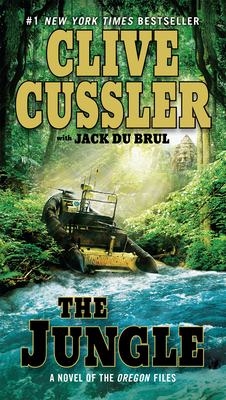 This is book number 8 in the The Oregon Files series.

Juan Cabrillo and the Oregon crew  are hired to save a wealthy Indonesian businessman's son from the influence of the Taliban in this #1 New York Times-bestselling adventure series.

Jungles come in many forms. There are the steamy rain forests of the Burmese highlands. There are the lies and betrayals of the world of covert operations. And there are the dark and twisted thoughts of a man bent on near-global domination. To pull off their latest mission, Cabrillo and his remarkable men and women must survive them all.

A devastating weapon unleashed in thirteenth-century China . . . a daring rescue in the snowbound mountains along the Afghanistan–Pakistan border . . . a woman gone missing in the jungles of northern Thailand and Myanmar . . . for Cabrillo and company, all of these events will come together—leading to the greatest threat the United States has ever known.

Jack Du Brul is the author of the Philip Mercer series, most recently Havoc, and is the coauthor with Cussler of the Oregon Files novels Dark Watch, Skeleton Coast, Plague Ship, and Corsair. He lives in Vermont.

Praise for The Silent Sea:

"Fast-paced and a lot of fun-delivers the wallop Cussler's fans have come to expect."
-Booklist