Romeo and Juliet and West Side Story (Mass Market) 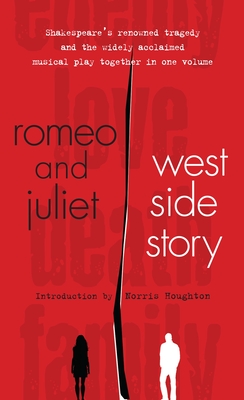 Romeo and Juliet and West Side Story (Mass Market)

By William Shakespeare (Introduction by)

The tragedy of love thwarted by fate has always intrigued writers.  In the sixteenth century, William Shakespeare took this theme and fashioned one of the world's great plays: Romeo And Juliet. In our own time, Shakespeare's drama has been used as a basis for the overwhelmingly successful musical play West Side Story. Though one of these works is set among the nobility of Verona, and the other among immigrant families of New York's West Side, both tell the story of the plight of young star-crossed lovers.
Norris Houghton was a theatrical producer and designer and cofounder of the Phoenix Theatre. He served as the first dean of the division of theater arts and film at State University of Purchase, New York.

John Bettenbender—who provided extensive notes for Romeo and Juliet—was an actor and playwright as well as a director.