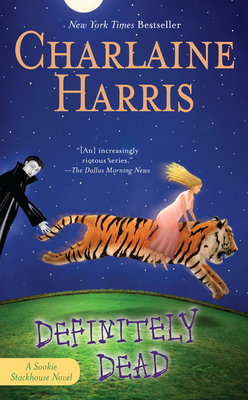 This is book number 6 in the Sookie Stackhouse/True Blood series.

Supernaturally gifted waitress Sookie Stackhouse is pitted against the legacy of her own undead bloodline in this novel in the #1 New York Times bestselling series—the inspiration for the HBO® original series True Blood.

Since Louisiana cocktail waitress Sookie Stackhouse has so few living relatives, she hates to lose one—even her cousin Hadley, undead consort of the vampire queen of New Orleans. Hadley’s left everything she had to Sookie, but claiming that inheritance has a high risk factor. Some people don’t want her looking too deeply into Hadley’s past or Hadley’s possessions. And they’re prepared to do anything in their power to stop her...