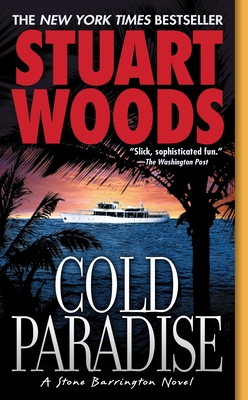 This is book number 7 in the A Stone Barrington Novel series.

Stone Barrington gets reacquainted with a long-buried case and an ex-lover in this electrifying thriller in the #1 New York Times bestselling series.

Luxuriating in Palm Beach's winter warmth, Stone is stunned to recognize someone he thought was dead. Former client Allison Manning is alive and well—and suddenly very rich. Now she needs Stone's help in squaring a charge of insurance fraud that's been hanging over her head for years—and in getting rid of a recently acquired stalker. Suspects abound, including an elusive writer, an enigmatic businessman, and Allison's devious former husband. Only Stone can thwart the sly and greedy plan to steal the millions of dollars at stake—and the crafty killer behind it...
Stuart Woods is the author of more than eighty-five novels, including the #1 New York Times-bestselling Stone Barrington series. He is a native of Georgia and began his writing career in the advertising industry. Chiefs, his debut in 1981, won the Edgar Award. An avid sailor and pilot, Woods lives in Florida, Maine, and Connecticut.
Praise for Cold Paradise